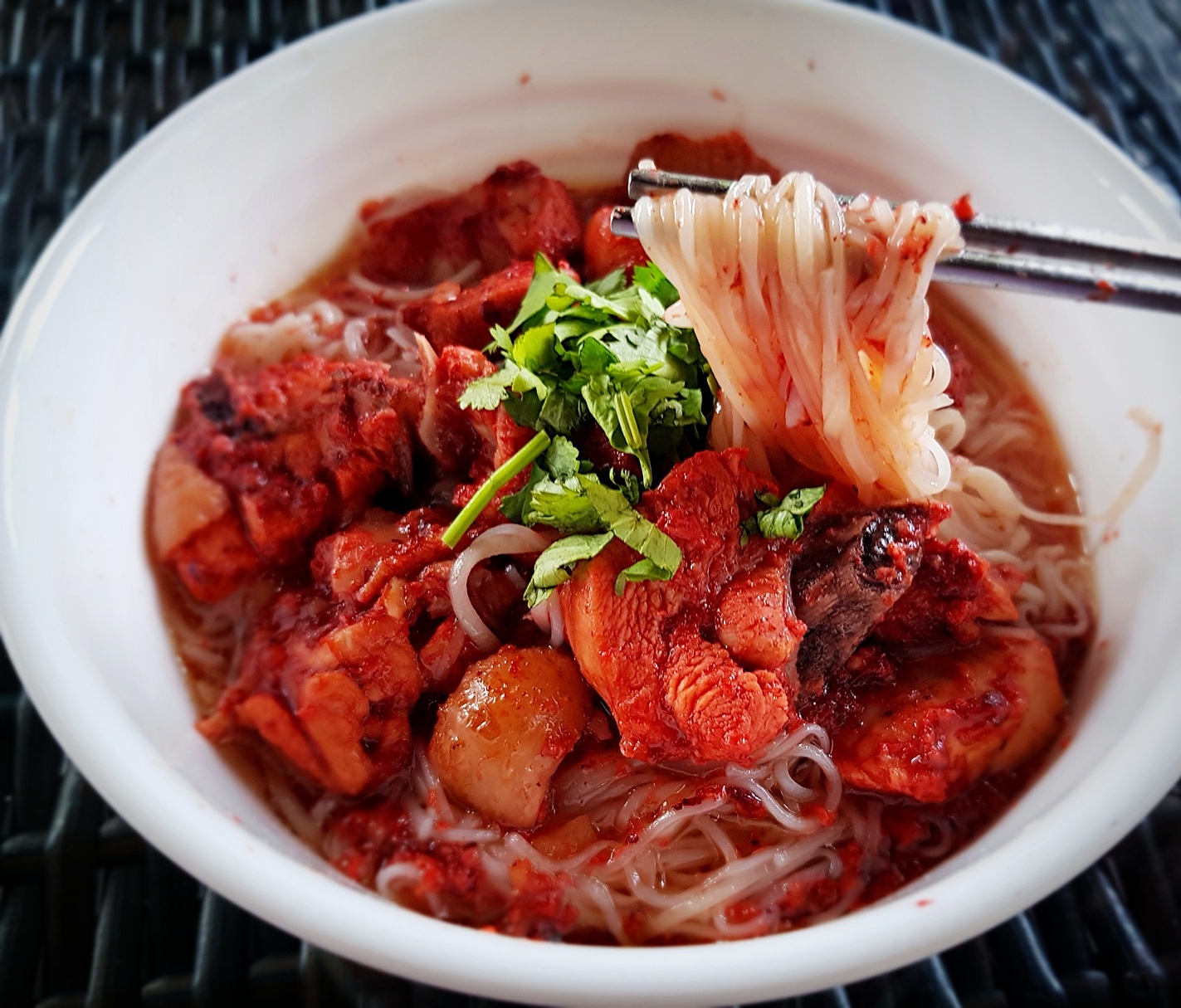 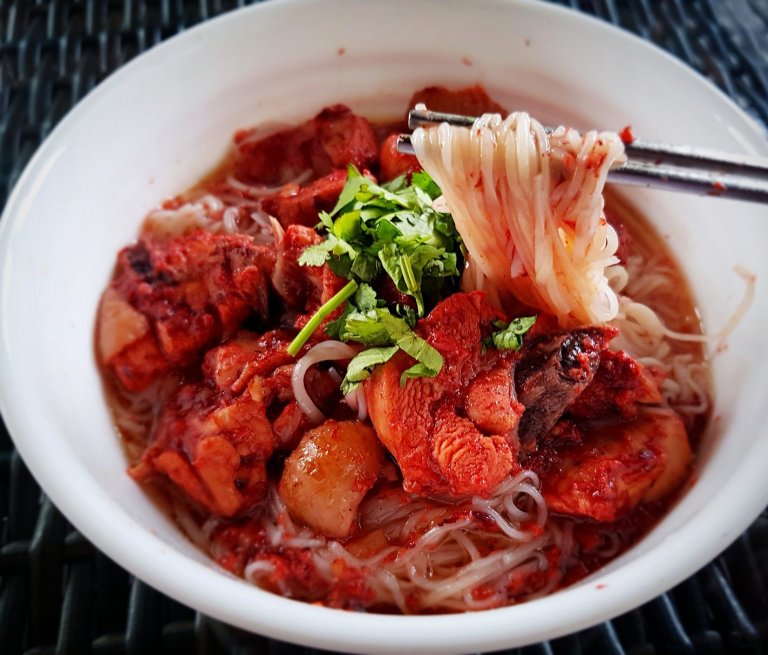 Ladies usually have this during confinement with more sesame oil, ginger and wine. I cut it down slightly as it might be too “heaty”.

For the mee suah, I actually use the hand made heng hua mee suah (flour vermicelli) as unlike the rest, it is not salty and I like the texture better 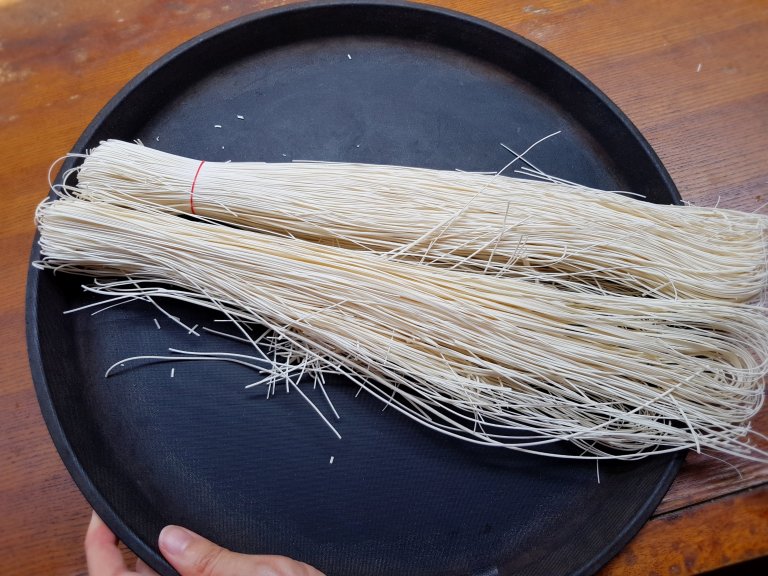 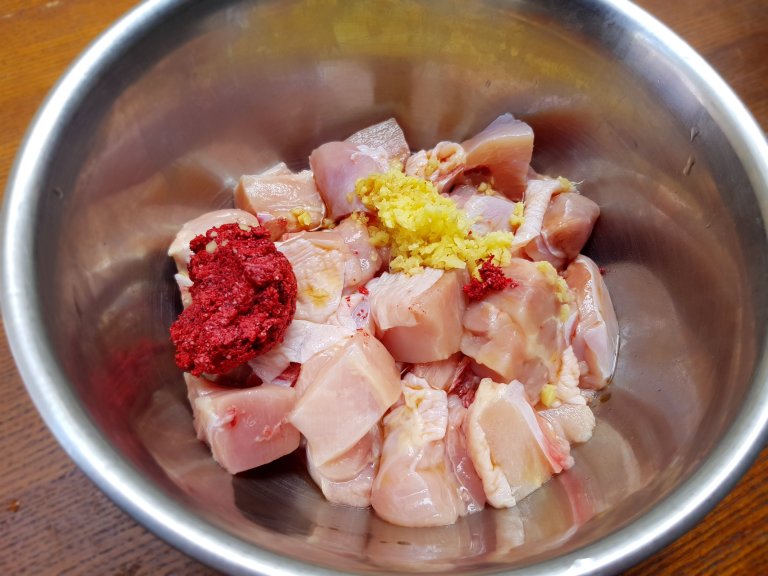 DIRECTIONS:
1. In a bowl, marinade chicken for half an hour – an hour. 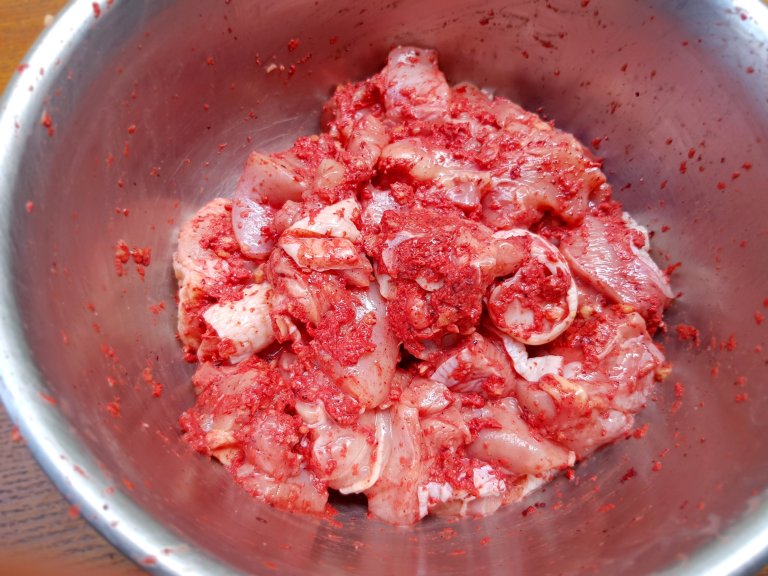 3. With the remaining oil in the wok, stir fry the chicken until they are cooked on the surface. 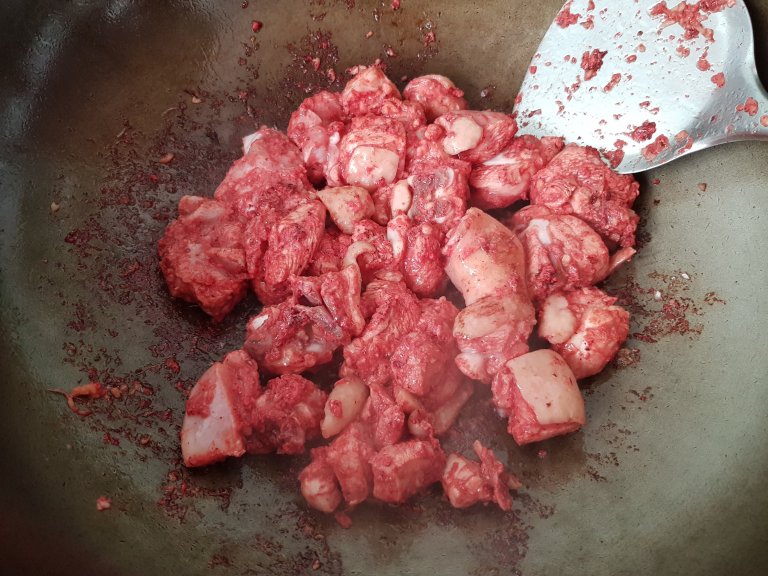 4. Add red glutinous wine. Cover with a lid and simmer for about 10 minutes or until the chicken is cooked, stirring the pot at intervals. 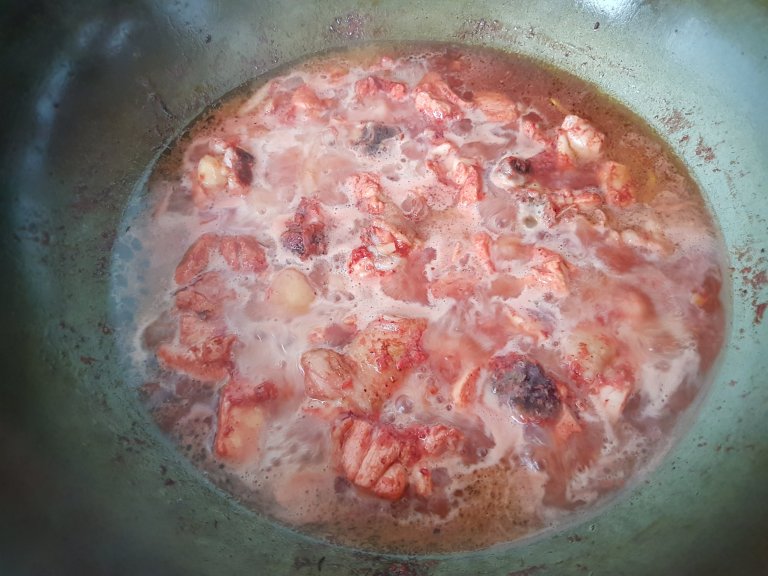 5. Add more wine or hot water if there is insufficient soup. Season to taste

6. In another pot, bring water to boil, add mee suah and cook for about 1 minute, separating the strands with chopsticks.

7. Drain the cooked mee suah and set in two serving bowls. Arrange the cooked chicken pieces on top of mee suah, and pour the soup over. For a richer wine aroma, drizzle 2 tablespoons of red glutinuous wine to top each bowl. Garnish with coriander and fried ginger.